Amy and Sean engagement in the snow at Lake Scranton

I don’t know if it was a nor’easter, something sweeping out of Canada, a sick friggin’ joke or a sign of things to come. It was, however, blustery, cold and piling up in a hurry. It was the great October snowstorm of 2011 – forgotten almost as quickly as it arrived. Maybe it was a warning shot, but as I write this it’s 63 degrees and sunny, and I’m thinking about playing a quick 18. I’m also looking through Amy and Sean’s engagement photos and thinking about how lucky we were to be out in the snow taking their engagement photos. In a lot of ways, it was a perfect storm. Clearly, Amy and Sean were up for it. In fact, they were relishing it. They love the seasons Scranton offers. Hell, they are getting married on New Year’s Eve, not exactly a recipe for 77 degrees with cooling breezes. AND WE LOVE IT TOO. Look into the eye of the storm and say, “It’s a nice day for some photos and snow angels.” We think they were rewarded for it with some really unique engagement photos. Once the feeling came back to my fingers, I have to admit I really loved it.

Thanks guys! On to the pics. 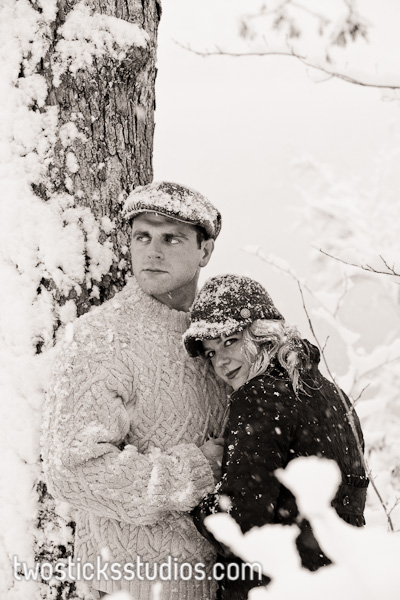 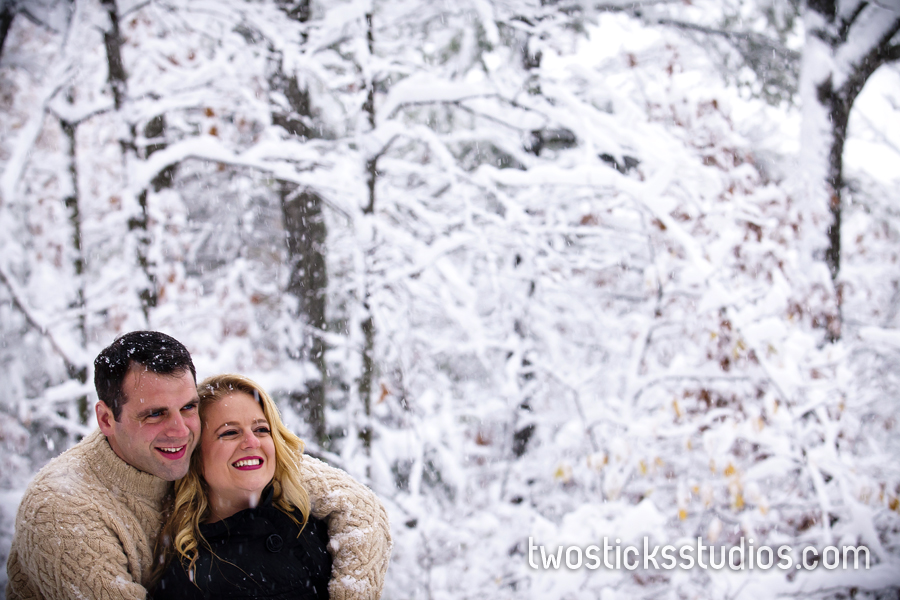 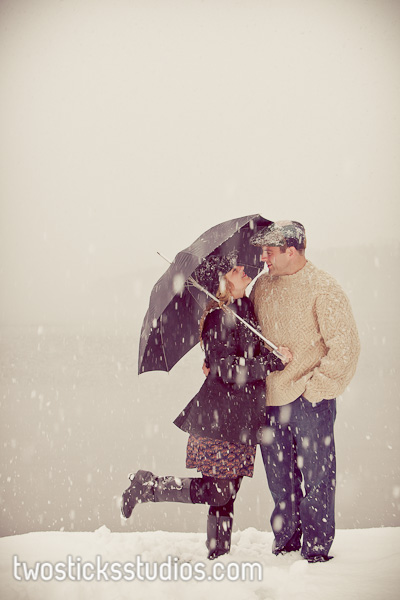 « Alyssa senior portraitsAmanda and Keith wedding at the Barn in Bloomsburg »