As far as I can tell, professional photographers fall into one of two categories. Those who always carry a camera with them and those who drop it at the front door. All right maybe I’m overstating it a little or maybe even a lot, but I take mine pretty much everywhere. One, I love it but it also makes you better, especially if you’re willing to experiment or take a little adventure.

Not long ago, I used to go to the Lackawaxen River in the dead of January to try and capture some photos of bald eagles that migrate south as the rivers to the north freeze. The first time the idea was floated to me I thought great it’s “like shooting fish is a barrel.” I imagined the skies loaded with bald eagles just waiting to mug for the camera. Au contraire. It’s hours of driving around peering through trees and brush and anything else you can imagine lining the river trying to grab even a distant shot.  Sometimes you come back with a decent shot and a nagging case of frostbite. Sometimes it’s just the frostbite.

One day, a friend and I stopped at a boat launch after seeing nothing but ducks and other critters but no eagles. We got out of the car to stretch our legs and looked above us to find two eagles just chillin’ in a tree no more than 30 feet above us. So far, they’re the best photos I’ve gotten along the river.  It was probably my 10th trip to the river in search of these photos. A little persistence paid off finally. While I’m proud of the shots, I’m still trying to catch up with the friend who first turned me on to photographing eagles. Jason Farmer has some unbelievable shots. Of course, Jason is willing to be there before dawn and wade into 33 degree water up to his chest to get the shot. In the end it shows. A big thank you to him for showing me how much fun wildlife photography can be. You can check out some of his work at www.jasonfarmerphoto.com/ 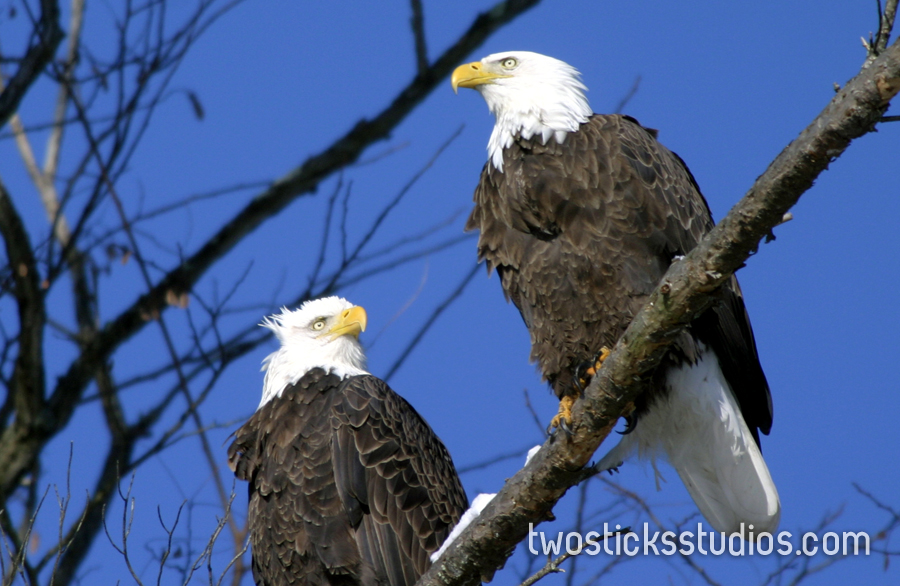 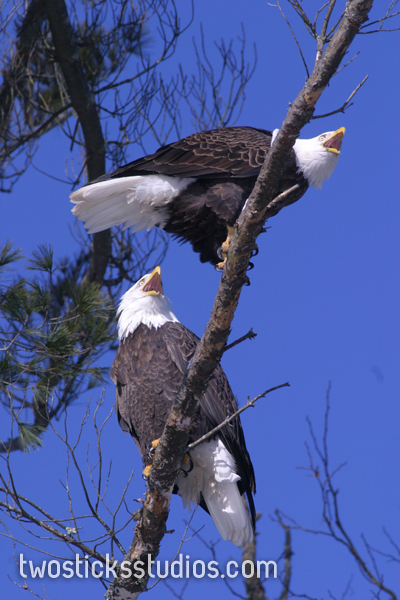 « Love is in the detailsNew additions to the family »