There is a lot of stuff that goes into making a good photo. A photographer once told me to get closer than I think I need to be and to fill the frame. It was good advice, and I still follow it today. But along those lines, I love foreground interest. It’s a way of filling the photo and framing the subject of the photo. Take, for example, a shot of a bride. Rather than just take her photo, I like to have something in front of her and to the side  and closer to the camera. It does a great job of pushing your eye toward the bride but still adding some interest to the photo.

So at weddings we are always on the hunt for ways to capture a little something – or a lot of something in the foreground – to add a little punch to photos. So there we were at Cori and Todd’s spectacular wedding last week shooting at the reception. After about 5 minutes I realize I haven’t seen Bob in awhile, but I did hear him calling my name.  Rather than assume I was just hearing voices again, I kept looking until I found him peeking through the opening of the tent where the roof met the walls. “This is cool. You should see the stuff I’m getting up here.” Bob picked that spot because white Christmas-type lights were strung up there, and it was the best way to incorporate them into the shots.  The resulting photos provide a really unique vantage point and adhere to the idea of having some foreground interest in your photos. This might be an extreme example because the tiny lights turn into big glowing globes but it’s a great way to illustrate the idea. So the next time you are shooting something look for a little something in the foreground. You’ll be amazed at the depth you will add to your images. 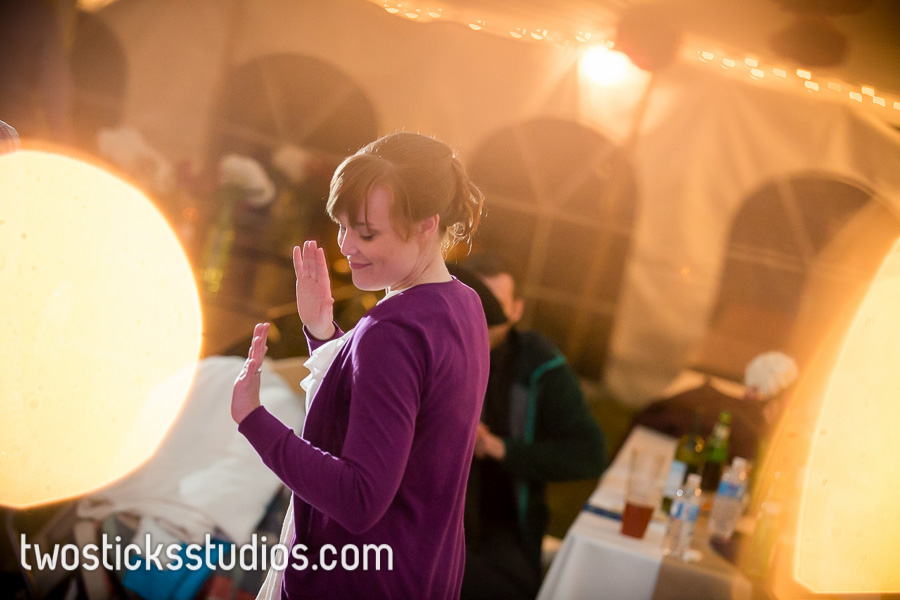 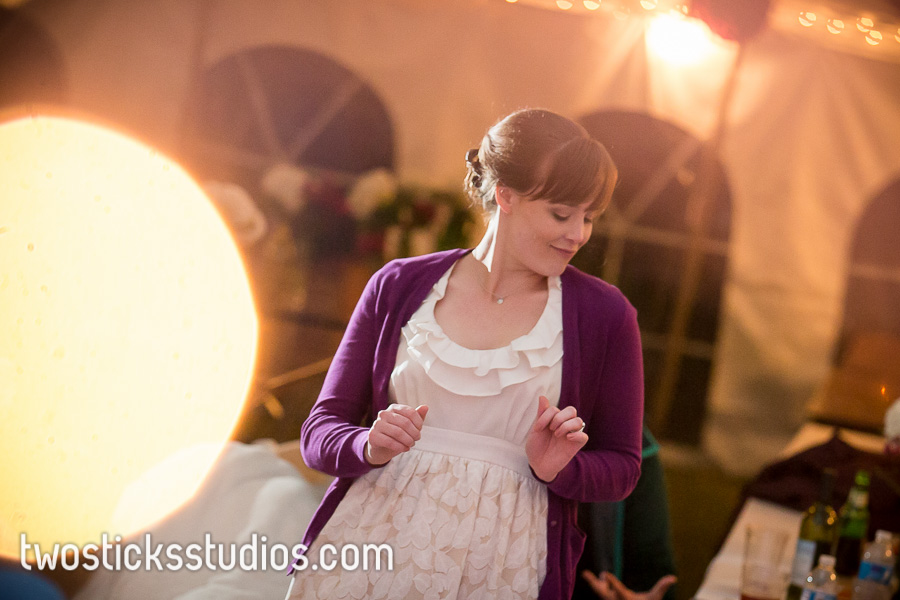