A little healthy fear is a good thing right? I’ve heard that before. When it comes to wedding dresses, I have a healthy fear  – a very healthy fear.  But as a photographer, one of the parts of the job is to get photos of the wedding dress. Usually that means taking it out of the wrapping and handling it and sometimes hanging it in unusual places. This is the part where I really wish I had a picture of Bob’s face when I told him I had an idea. We were at Lauren and Mike’s beautiful country wedding. Now normally, Bob gives me that “Oh, good Lord ” face when I say I have an idea. To his credit he ALWAYS listens. Sometimes he tells me I’m an idiot. Well, usually he tells me that but he’ll usually go along with my idea and find a way to make it way better. When I told him I wanted to take Lauren’s dress out of the house and hang it in a barn that had horses and chickens roaming around in it, he just kinda stared at me. I swear his instinct was to say,  “No, friggin’ way. Do you have any idea how many things can can wrong doing that stupid idea.”

He never said that.

Oh my God, were we nervous. The No. 1 rule is don’t mess up the dress before the bride even puts it on! This was taking a chance, but we really thought it would be worth it to get Lauren some really cool shots of the dress that matched the day. So we did it. On the way out of the house, with both of us carrying the dress, we ran into Lauren’s dad. Why not add a little pressure? So we asked him if could help in opening the gate and maybe keeping the horses away from the dress. Plus you can watch idiot photographers climb around a barn with your daughter’s wedding dress. What a guy. “No problem. Let’s do it.”

So there we were in the barn stepping over chickens and figuring out the best way to fasten the dress to a barn beam. Bob handled being on the ladder to hang it up. Anyone who knows me knows that was the prudent play. If I was up there, it would have ended with me in a face full of manure with a lot of explaining to do to Lauren. But it worked. We got the photos we wanted. I only fell through a stack of haybales once (a victory) and the dress was fine. Wow was it a relief to hang it back up safely in the house! Anyway here are a few of the shots we got. 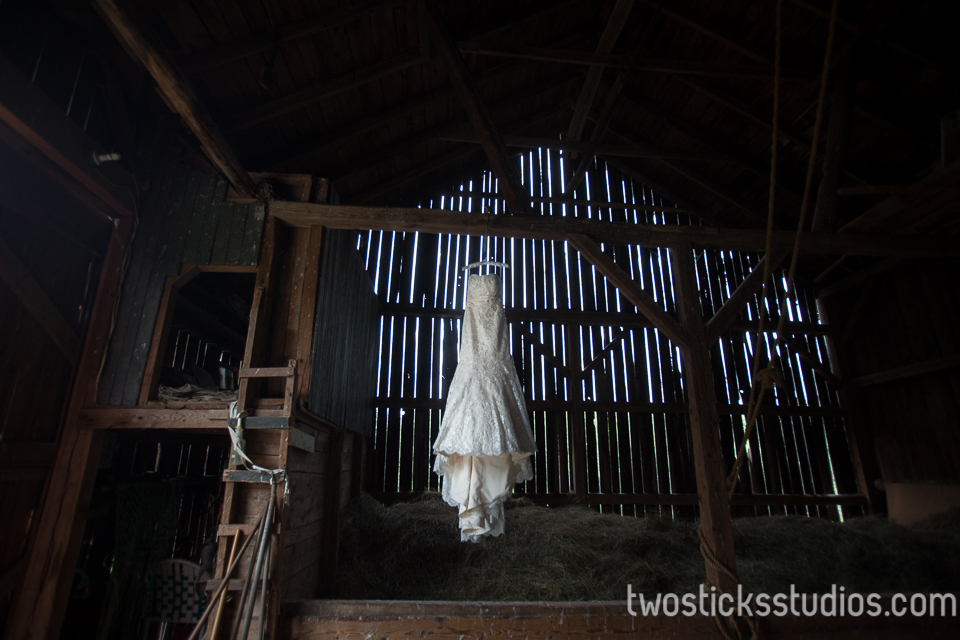 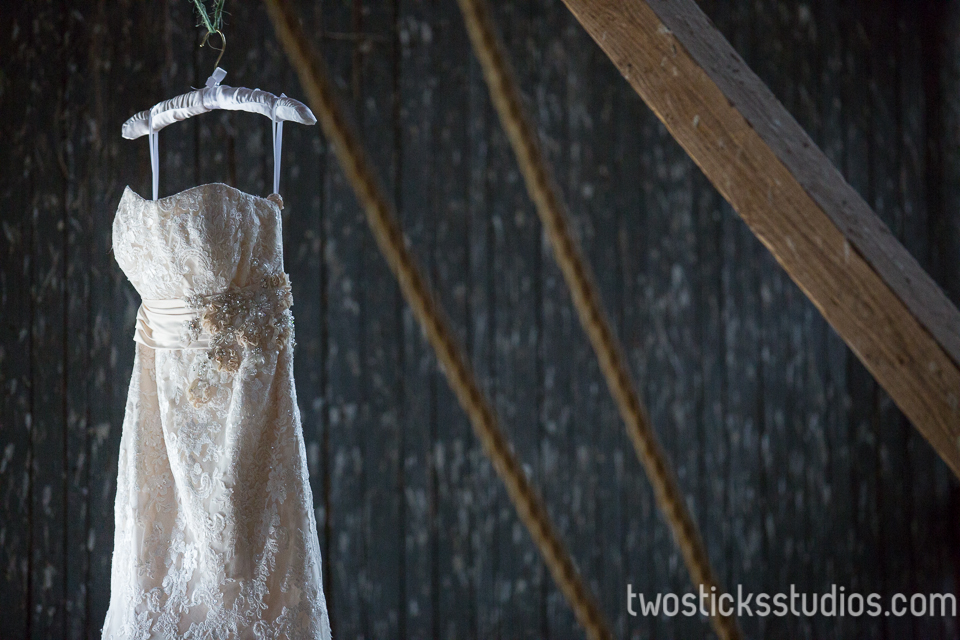