Its’ been a really exciting month or so for Bob and I. Not only has wedding season started, so we are shooting almost every weekend and meeting great people and families and making new friends, but our work seems to be popping up all over the place. It’s been really rewarding.

First, The Knot, one of the top wedding magazines, contacted us and said they wanted to feature some of our work. Specifically, they loved Mia and Ryan’s New Year’s Eve wedding. The magazine reaches probably thousands and thousands of brides so it’s really an honor for them to ask us to be a part of it. Here is a link to the blog post on The Knot. But just as exciting has been having one of our couples featured in Happenings magazine and having the opening page of their Spring 2014 bridal section be two shots we took from Brianne and Ryan’s reception at the Radisson at Lackawanna Station Hotel. Their wedding was featured along with Brianne’s sister’s wedding.

And I guess because word spreads fast, we’ve been contacted by a bunch of blogs about publishing work from some other weddings we shot, including Cori and Todd’s wedding on Celebrations at Home. We’ll keep you posted as more pop up.

It’s been a wonderful experience and very humbling to share space with other great photographers.  But none of it happens without the amazing couples who we are honored to shoot. This is a big deal for them as well. So as long as we keep getting invited to shoot, we are going to show up  and try to produce the best work we can. If it gets published, that’s great. If it doesn’t, that’s OK because what really matters is capturing those moments that last forever on the walls of our friends, not in the pages of a magazine. 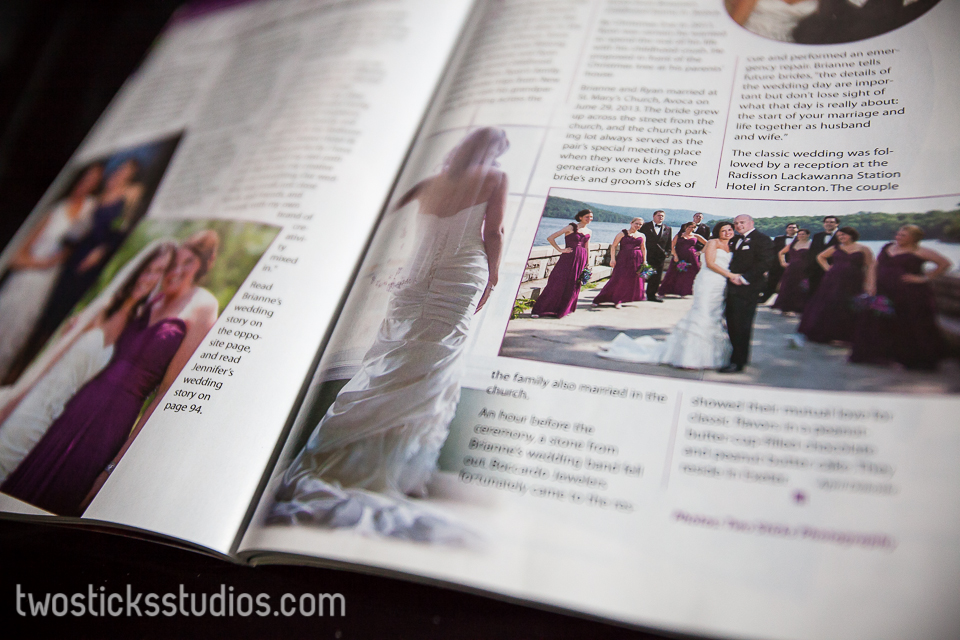 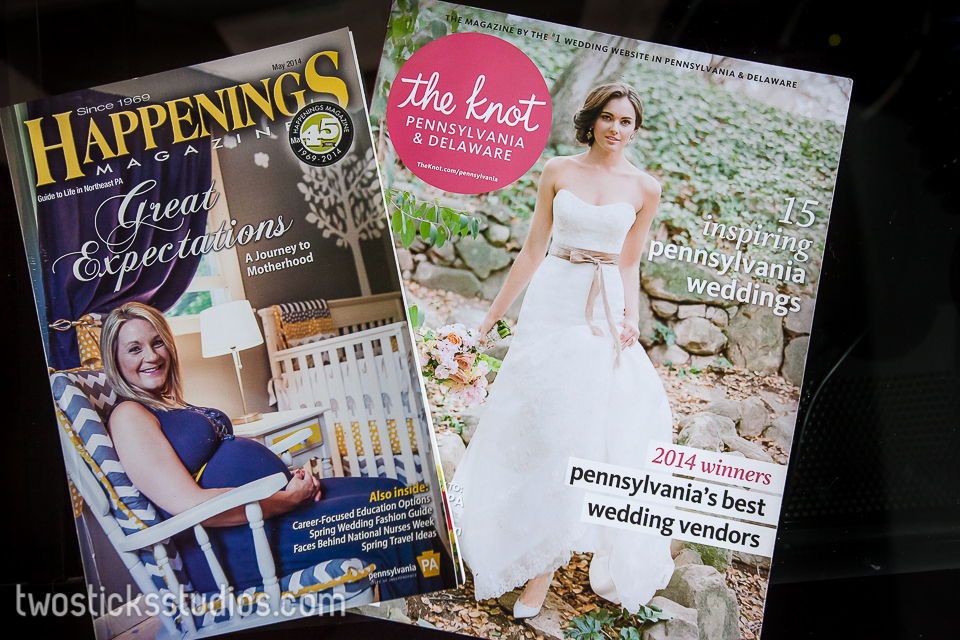