Stan and Nicole: The Proposal

So we have had the idea for a little while now that it would be an amazing opportunity to be able to capture the first step in the wedding process: the proposal. I was honored that the first person I was able to do this for was my cousin Nicole’s boyfriend (now fiance) Stan. He had the guts to propose during Easter dinner – in front of the ENTIRE family.

Knowing how nosy my wife is and how no one in her family can keep a secret, Stan let me know the day before it was going down. I received a message on Facebook simply saying that if I was going to be at Easter dinner, I may want to bring my camera. I immediately knew what he meant.

Seeing as how Easter dinner included about 50 extended family members in one house, there was little private time to hear Stan’s plan, so I basically kept one eye on his every move all day. I’m pretty sure I was actually more nervous than he was. Not so much for the proposal, but for the punch from my wife that I was going to get when she realized I knew and didn’t tell her. Finally, I saw the move: Stan pulled Nicole outside to give her her Easter basket. I started snapping away from inside the glass doors while slowly being surrounded by the other 50 people there as they realized what was happening. 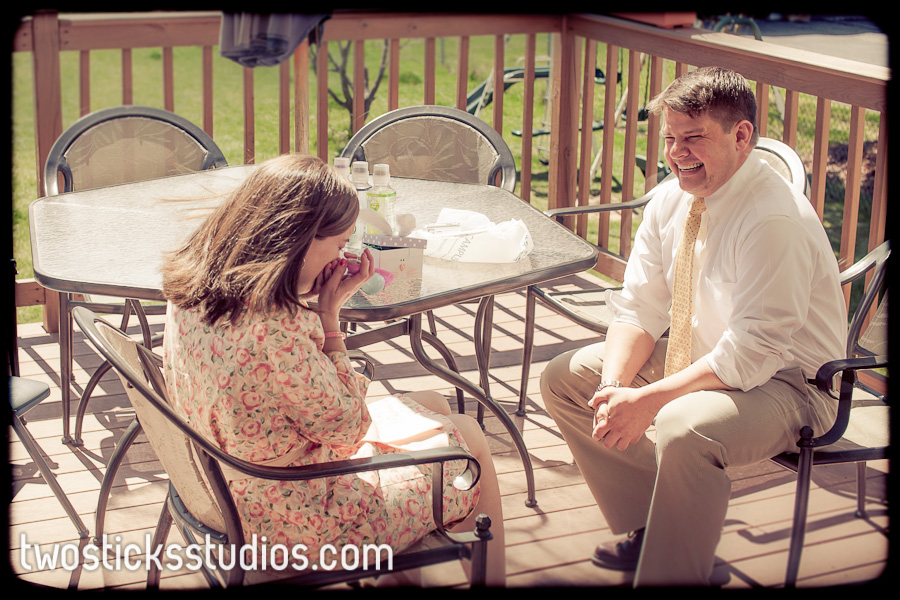 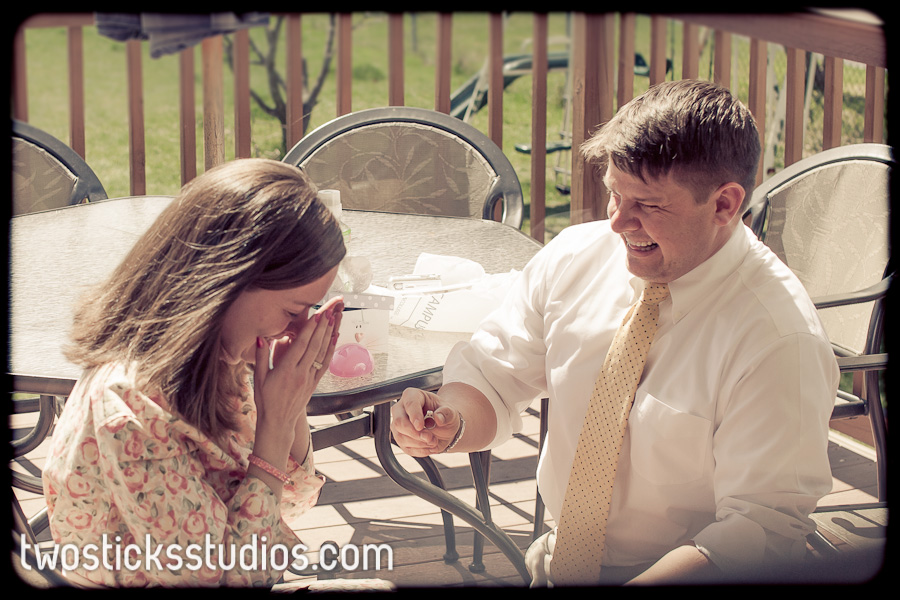 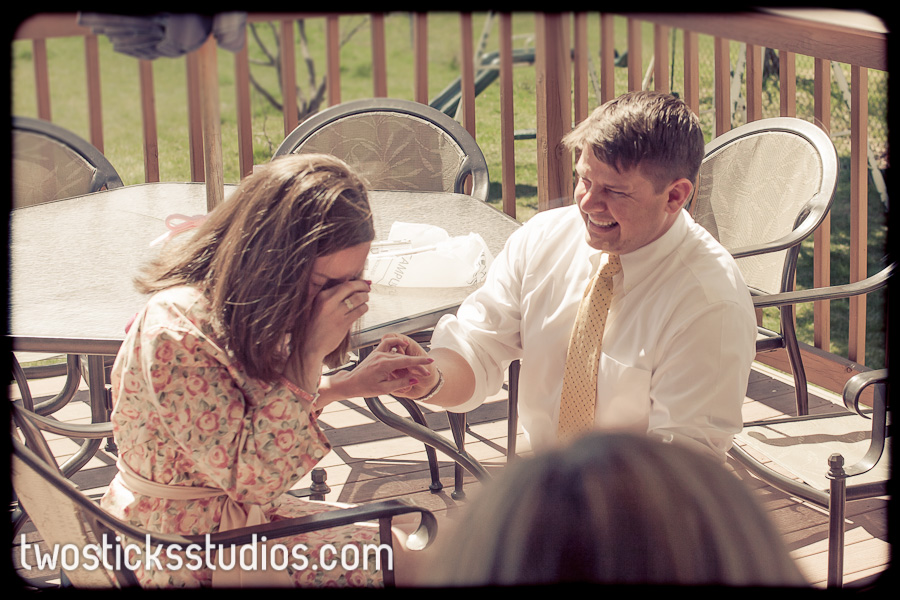