It’s almost here – one of the great picture-taking days of the year. The Fat Man came down the chimney and unloaded the goods. The morning cup of coffee is ready to roll. Everyone is in their traditional places and the kids are hyperventilating because it’s time to start tearing some paper. OK parents, get your camera ready. This only comes once a year.

Bob and I wanted to offer some quick tips on how to get the best photos on Christmas morning. Don’t have kids? Don’t worry. Most of these tips work great for everyone, including pets. We enlisted our daughters as our models. The beautiful little girl with the straight hair is Bob and Stephanie’s  daughter, Eliza. Henceforth, she will be known as The Good One. The curly haired cutie is mine. We’ll call her No Touch, That’s Mine.

So let’s get to some pix. 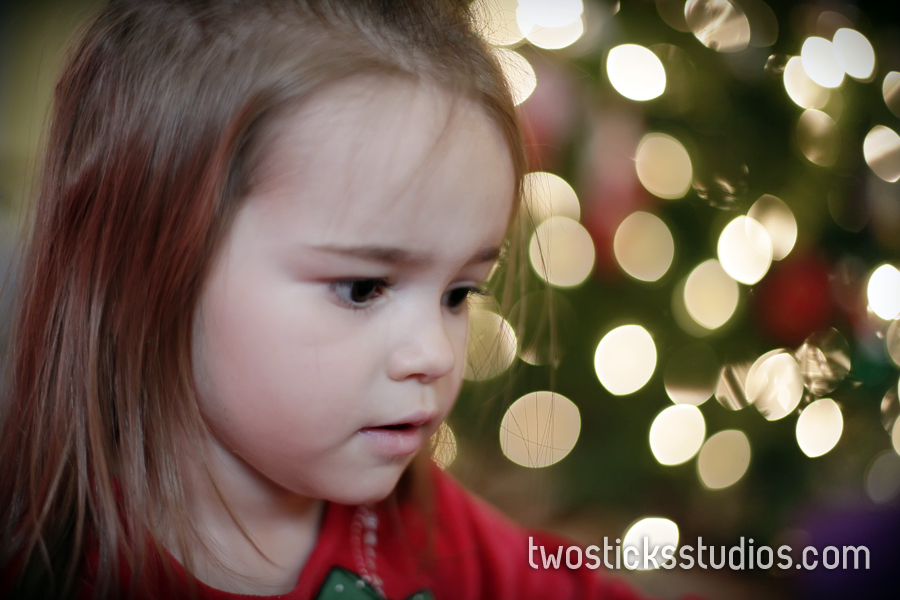 Here we see The Good One sitting patiently in front of the Christmas tree. There’s a couple of things I love about this photo. First, we got nice and close and filled the frame. That’s really important. Don’t leave a lot of  “dead space” in your photos. It can make it hard to figure out where to look first. Second, I love how the lights look. It’s a simple technique if you are using a digital SLR. Just set the camera on aperture priority at it’s most open, whether that f2.8, f3.2, f3.5, f4. That will do a great job of blurring the background and making your lights pop. 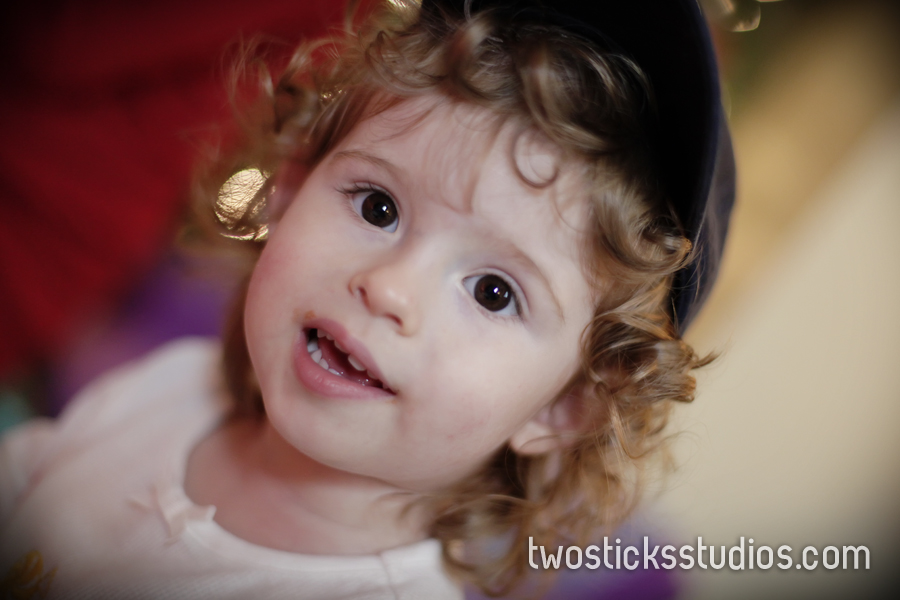 Next we caught No Touch, That’s Mine with a smile. Christmas is loaded with emotion. Try to capture it. I don’t want to tell you not to get caught up in the moment but if you can keep your camera on your subject at just the right moment, you can get shots you will love for years.  Also notice, we tilted the camera a little when we shot this. Just that little tilt can add some interest to a photo. Just remember not the get carried away with it. Too much of a good thing can be way too much! 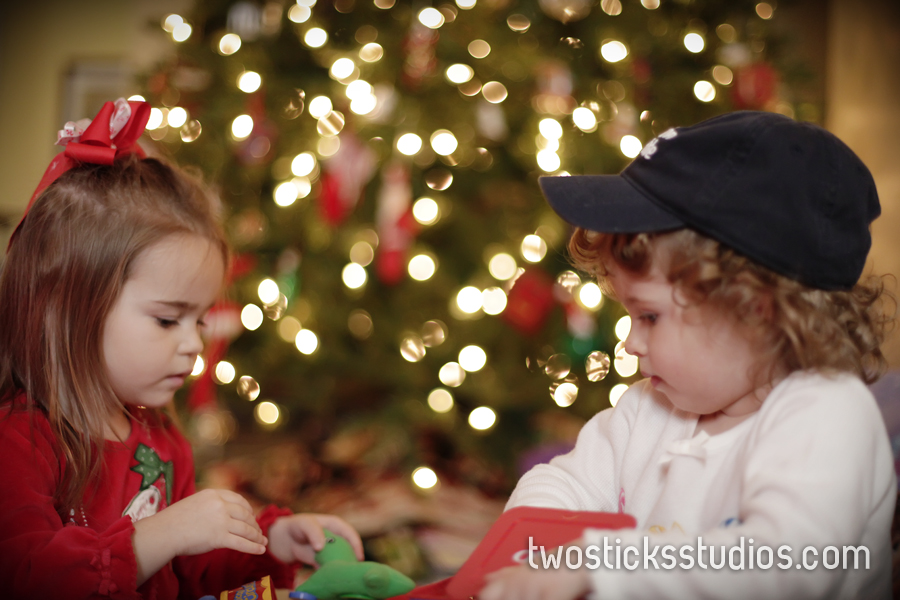 Here’s an example of what not to do. Let’s just say for the sake of argument Bob shot this photo.

The Good One is perfectly in focus. No Touch, That’s Mine not so much. Our mistake here was a depth of field that was too shallow. If this was shot at f8 or f11, both of the kids would be in focus. No Touch, That’s Mine is only about 8 inches in front of The Good One, but you can see it makes a huge difference. If you have more than one person in the photo, pay attention to depth of field.

Kids do funny stuff. They don’t know it, which I guess is what makes it funny, but I got one frame of this before it was over. I had walked away from the tree for a second and sure enough there’s No Touch, That’s Mine crawling under the tree, presumably to make sure Santa had enough room for the loot. Have your camera ready! You just never know.

No tip here. I just thought it was funny.

A couple other tings to consider if you are shooting with a DSLR. Set the ISO to a high setting like 1600. Chances are you’re not going to have a whole lot of light to work with. Try to make sure you get a shutter speed at about 250  of a second. You need to be able to stop the action. When all else fails whether you are shooting with a point and shoot or a DSLR, turn the flash on, get close and keep shooting. There’s no better time than Christmas, and grabbing a few memories along the way is a big part of the fun. Merry Christmas!