You can’t tell a good photographer by the equipment he carries. You just can’t. You really need to see someone’s work and how they approach it before judging someone. I know some spectacular photographers who have a bare minimum of stuff they carry and they get unbelievable shots. I’m usually pretty jealous of them when I look down at my bag and see the amount of gear I haul around. But truth be told, while it all serves a purpose in some ways, at weddings there are just a few things I like to have to get the shots I want. At receptions it’s especially true when you want to be able to move quickly and still grab a memorable shot. I’ve been thinking in these kind of minimalist terms for a little while now. I think maybe I was inspired by a video I saw on YouTube. A guy was challenging the world’s best photographers to capture great images. Didn’t seem too hard. Until the guy started pulling out toy cameras and point and shoots and then handing them a flash and saying “Go to it. Impress me.” Some of the things these guys were able to capture were mind blowing. They used a little imagination, worked cool angles and had a vision for what they wanted. It seems they willed their inferior gear to get good shots.

So keep it simple and pay attention to your surroundings. You’ll be surprised what you can get.

So we wanted to share some photos from Ashley and Jeff’s wedding at Ehrhardts. It illustrates how Bob and I approach receptions. The gear is simple. We each have our cameras (duh) with a flash mounted directly on the top. We also each have one additional flash set up somewhere off the dance floor. It’s triggered by a transmitter on our cameras. And really with that setup the opportunities are boundless. That’s more or less the way it stays for the duration of the reception. The best tools a photographer has are his eyes and his imagination.

So what do we do with the setup? Well first, sometimes nothing. Pay attention to available light and know if there are times to turn off your flash altogether. Yes, even in dark receptions halls there is a time to go without flash. At times, we will turn off the off-camera flash and bounce the on-camera flash off a wall or ceiling. An important point here. If possible, bounce off a wall, the directional light coming from the side is way more interesting and creates nice texture compared to bouncing off a ceiling , which fills the whole face. You don’t always want that. And third, we will use the off-camera flash to create what’s called a “rim light” around someone’s head. It’s a really nice effect and adds some depth to your photos. If you move just a little to the side and shoot into that light, you can get a spotlight effect, which can also be nice but be sure not to overuse that technique. It can get tiresome if photo after photo has what appears to be a giant spotlight. That’s it. Really simple and all kinds of options for a reception. Here are some shots from Ashley and Jeff using these different techniques. And thanks again for reading. 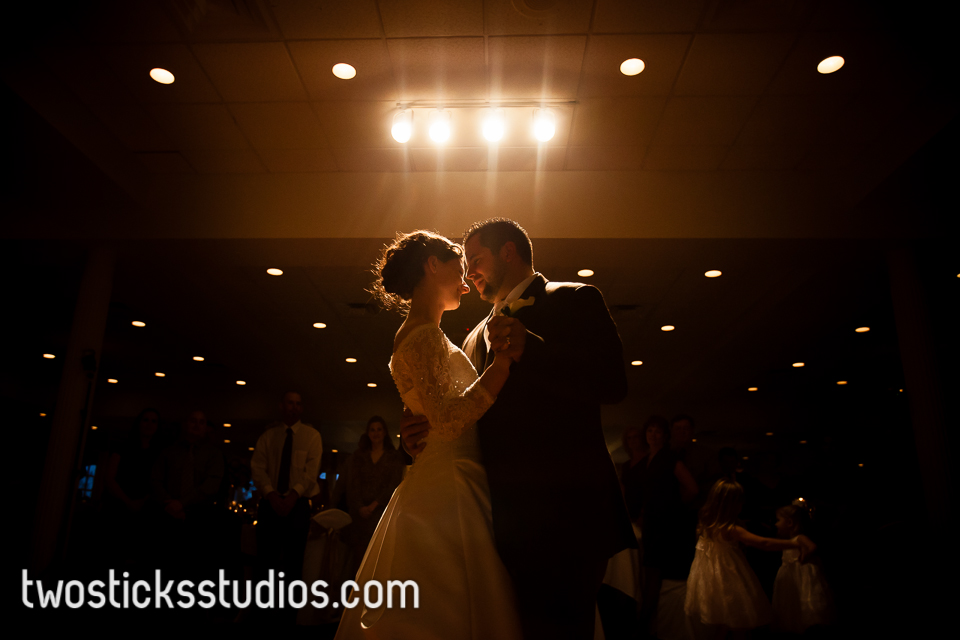 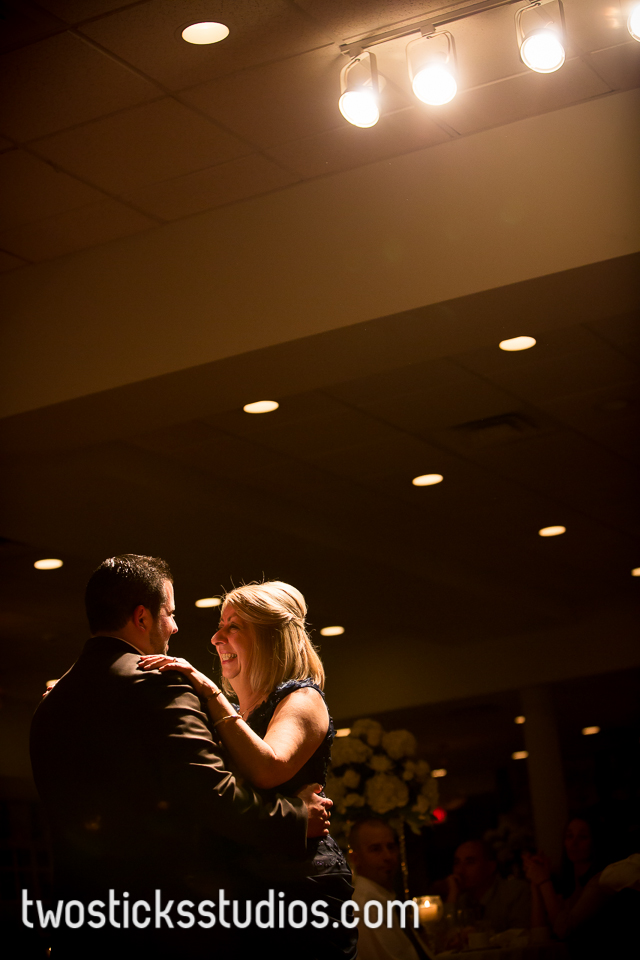 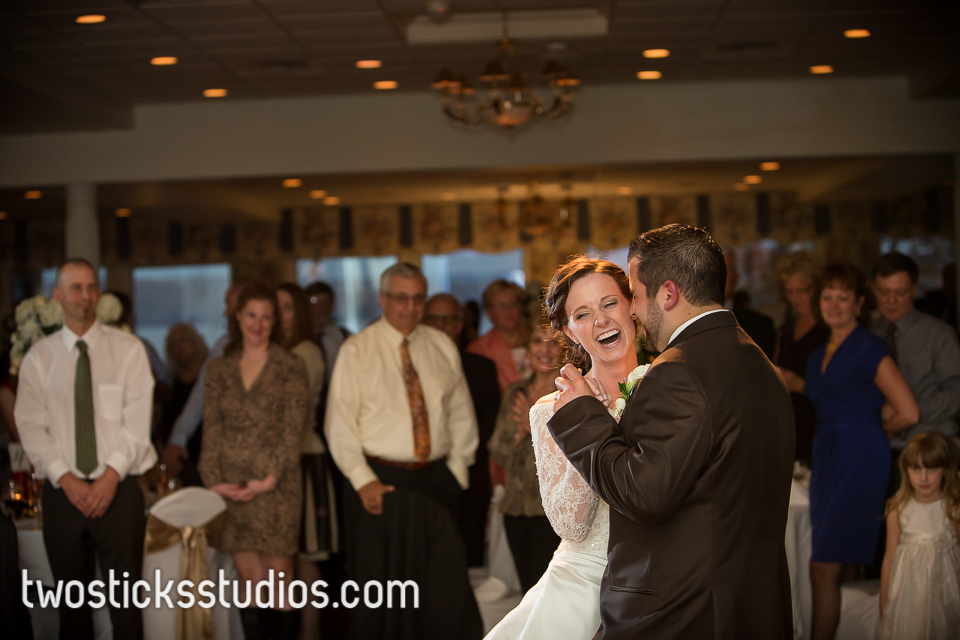