A couple of weeks ago we had the pleasure of shooting Cheryl and Ted’s engagement photos. What a terrific and fun couple. I point only to the ruby red shoes as evidence. We did their photos at Promised Land State Park. What a hidden gem that place is. At least it was hidden to me because I had never spent any time there. To my surprise there is a small beach that is just perfect for some photos. Cheryl and Ted were super cool about it, especially when Bob recommended the photos would look better if they took their shoes off. Trust me, it was a little chilly to be walking around the beach with no shoes.

Anyway, we had a great time. The weather turned out to be perfect and that was touch and go for awhile. The entire ride to the park it rained. While Bob and I were checking out a couple of locations it rained. Cheryl and Ted showed up and it stopped. The moment we finished and got back in the cars, it started raining again. Tell me that’s not a good omen. Maybe Cheryl clicked the heels of her ruby red shoes. Like I said. It was a day at the beach. Thanks, guys. 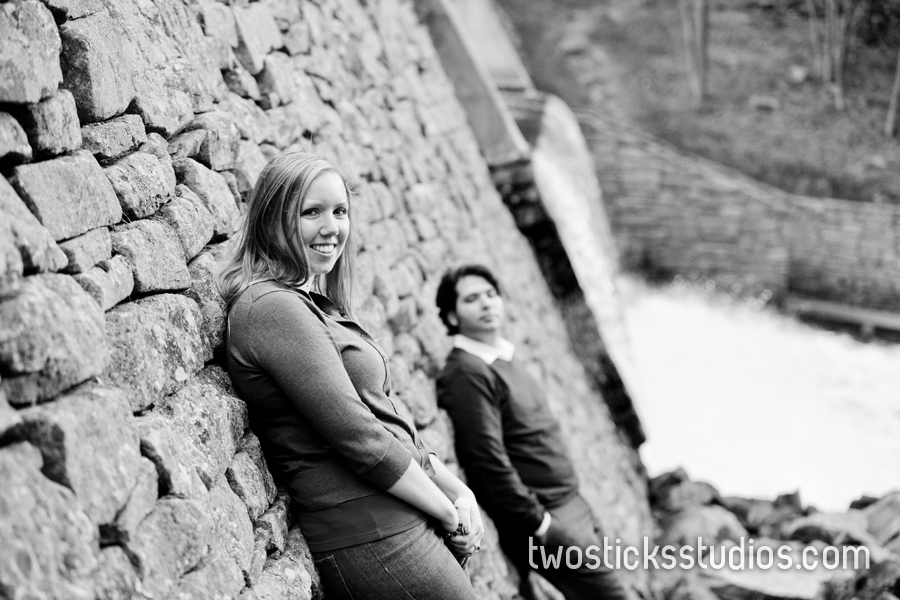