What better way to celebrate our 400th blog post than with some throwback images … way back … like to the days of coal mining.

I can’t believe I never wrote about this, but Bob and I took a trip down into the Lackawanna County Coal Mine Tour for some engagement pictures this past winter. Seems like a weird place for some photos? Yeah we thought so too, until David, our groom to be, explained what was going on. During a Halloween party, David had the idea to propose to his then-girlfriend Jeanie. But no ordinary proposal would do. So David, dressed in period clothing of a coal miner orchestrated a dance for his little canary (Jeannie). And at the end of the dance, he dropped to a knee and popped the question.

So in a kind of re-creation, David contacted us to say “Hey, can you do these type of photos and what do you recommend?” Well, David we recommend getting back in those costumes and meeting us at the coal mine tour for a trip underground. Now, the people at the coal mine tour could not have been more accommodating. This had to be a weird request, but they never blinked.

So off we went. We did some photo outside the tour and then hopped in the cart for our trip underground. We went down with a group of other visitors. Yeah, we got a lot of looks – in case you’re wondering. Jeannie was in a bright yellow canary outfit and David looked like he was about to take a pickaxe to the walls. But as is always the case, we had a ton of laughs. How could you not, really?

So buckle up and let’s get into the mines. 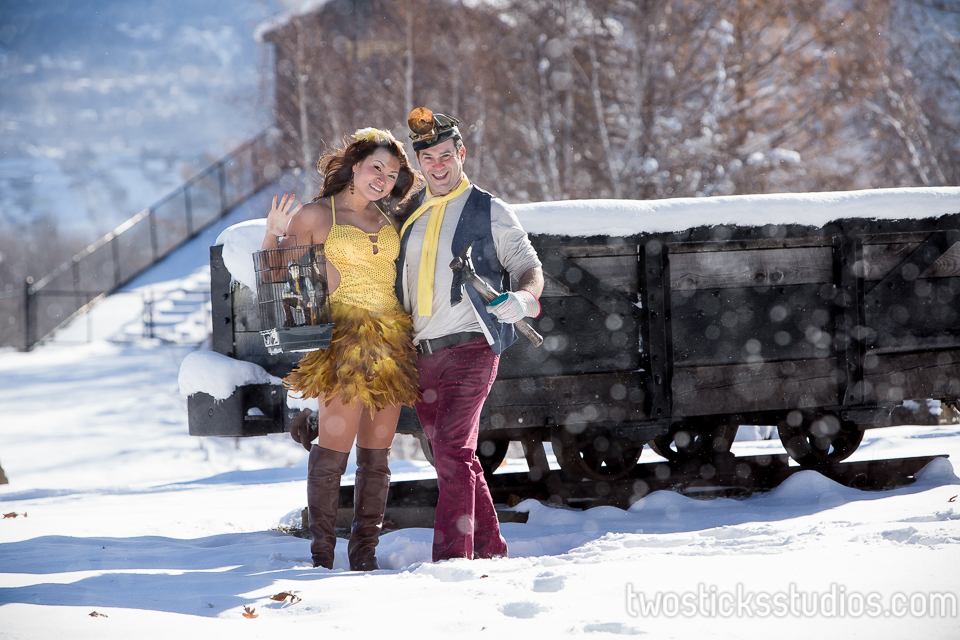 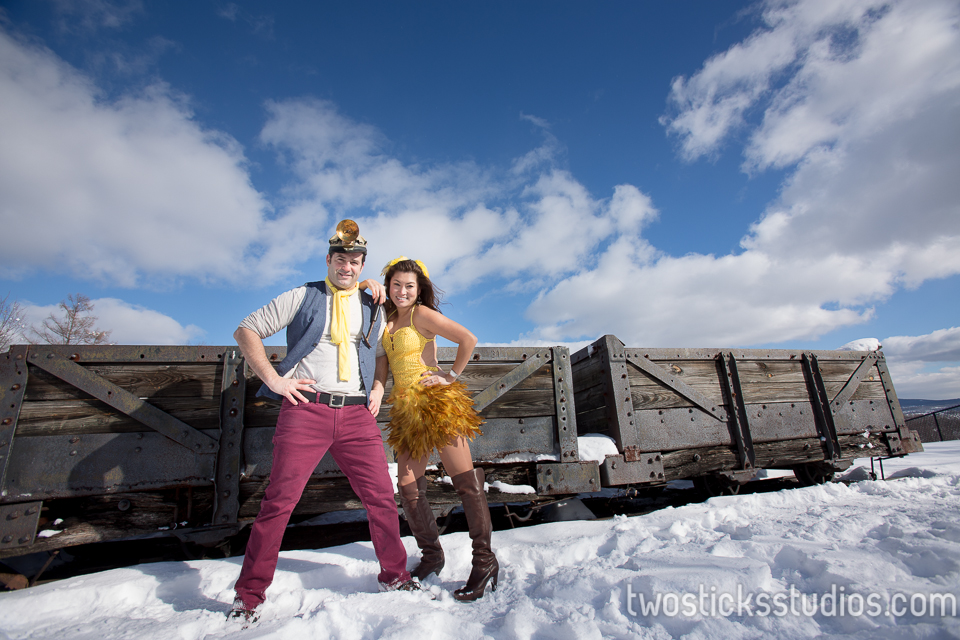 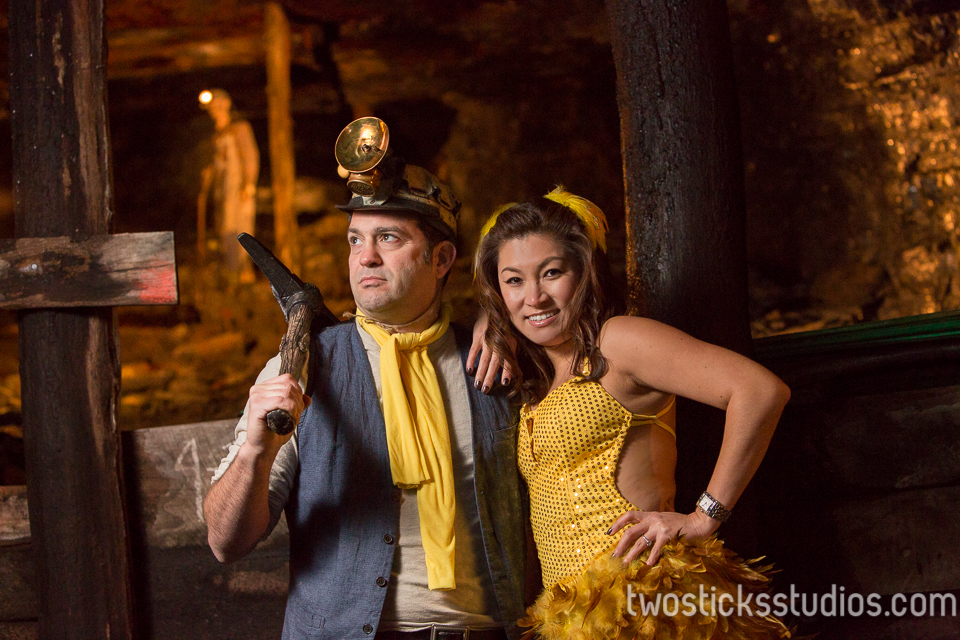