Fire and the wall album

Let’s see. There was fire, the wheel, sliced bread, the combustible engine and the wall album. That’s about right. If I were asked to list the great discoveries or inventions in humankind this is what I’m going with. Who can argue with me. Maybe we could slice our own bread but I’m not sure I want to live in that world.

I know for a fact newlyweds can’t live without our new wall album. All right that might have been a shallow plug for a new product but we are seriously excited by this concept. Bob and I rolled this out at a recent bridal expo. It’s a 30 by 40 canvas gallery wrap. It’s called a wall album because it’s basically a wedding album on one print. It’s the best of an album without the hassle of dragging out an album when you want to look at your pictures.

It has roughly 30  images from the wedding laid out in a timeline to tell the story of the wedding day. It was a massive hit at the expo. So does this replace the album? Probably not. We think you should get both! 😉 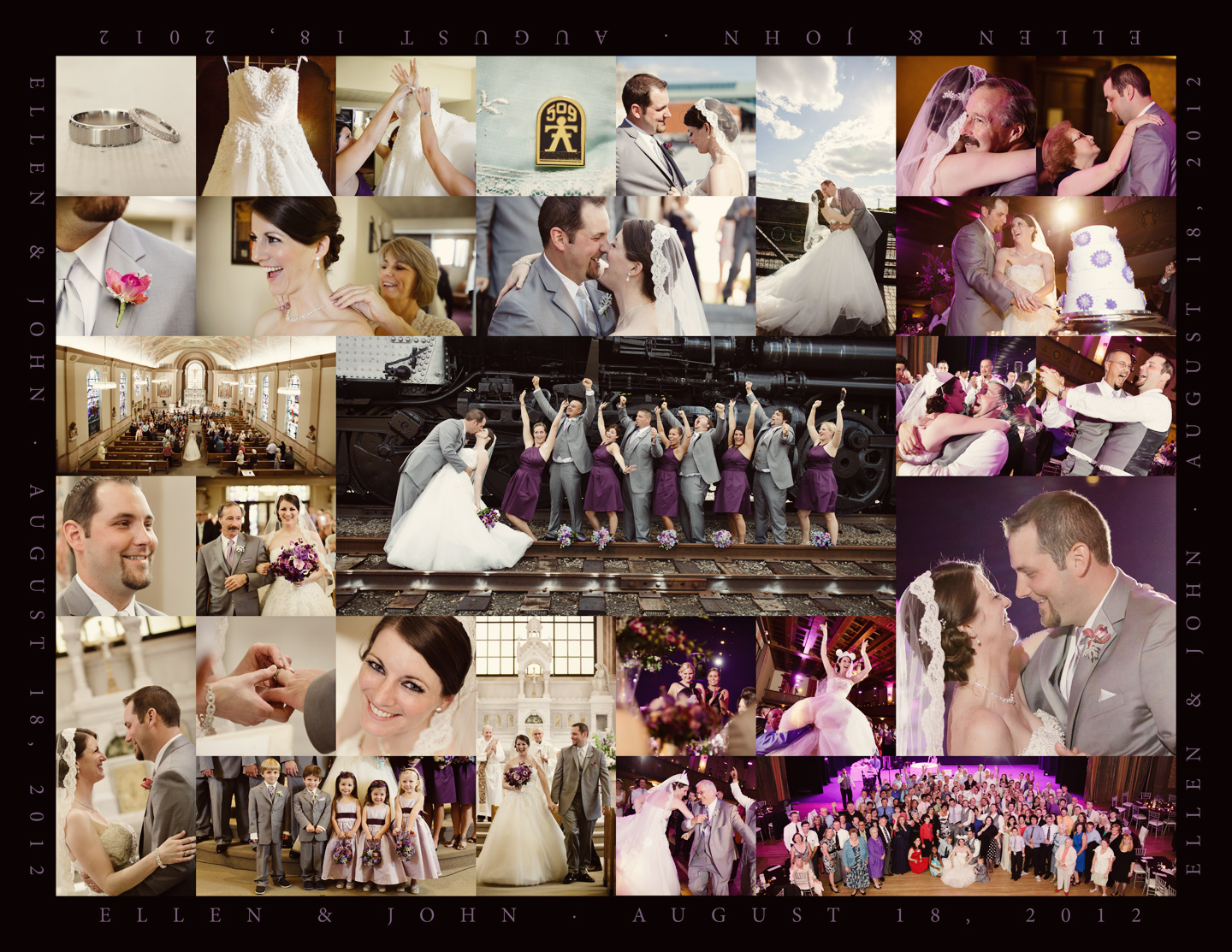