Normally we like to throw a bunch of photos in our blog posts, but today I’m just going to do one because it’s pretty different from the other shots we produced that day. We were lucky enough to do Kyle’s senior photos. Kyle is on the Dunmore football team. He is the third Dunmore player we have been able to shoot this year, and they’ve all been great guys. They would have to be for some of the thing we ask them to do. 😉 In Kyle’s case, his photos were almost done when I handed him a Solo cup full of mud.

God bless him, he didn’t say anything when I said “would you mind go smearing this all over your face? I want you to look like it’s right after a night game played in mud.”

I love this kid! (We also checked with Mom. She was all for it!)

Honestly, Bob and I only had an idea what we wanted but no real clue if it was going to work. This was going to be a little trial and error, but we figured we already had some nice shots of him. No harm in a little experimentation. Step one was get mud all over your face. Step two, was make it look like it was raining. Well we don’t have a rain machine in the studio. Don’t get me wrong, I really want one, but so far no dice! Step three make Kyle look tough and get the lighting on this right. To get the rain, Bob had to use a spray bottle and hide behind Kyle. For Kyle’s part he had to hold his pose really steady while the two of us tried to figure this out and get the timing right. You’d be surprised how hard it is to get the studio lights to capture the water from a spray bottle. Occasionally, we had to do some mud touch up. But finally, we had a workable image.

We really wanted it to have that Sports Illustrated portrait look so there was a step four. I took the photo and increased the clarity and contrast and adjusted the blacks a little to get the effect. We’re pretty happy with how the photo turned out. Here it is in color and black and White. We’d love to hear your thoughts. 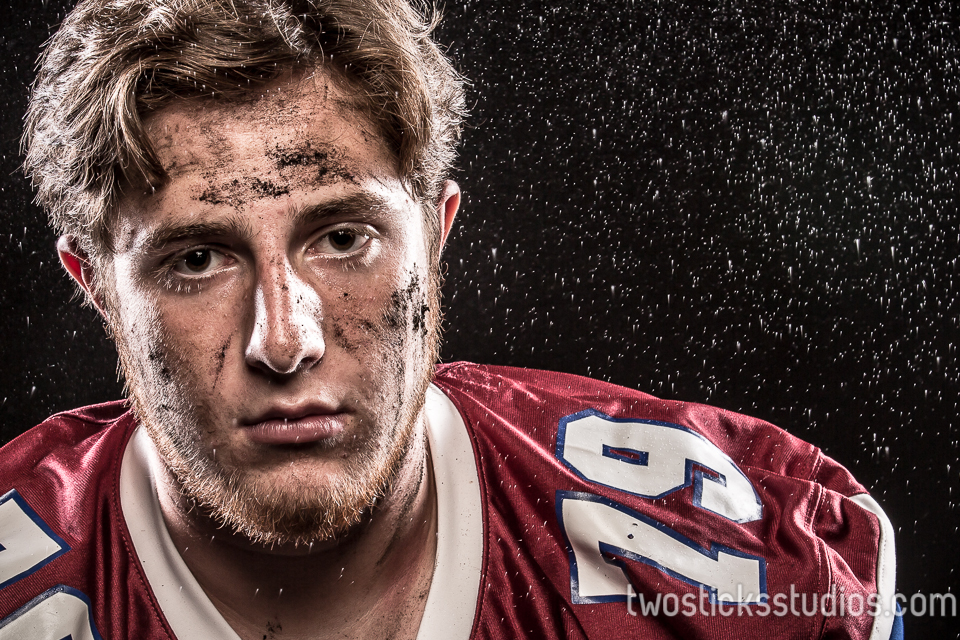 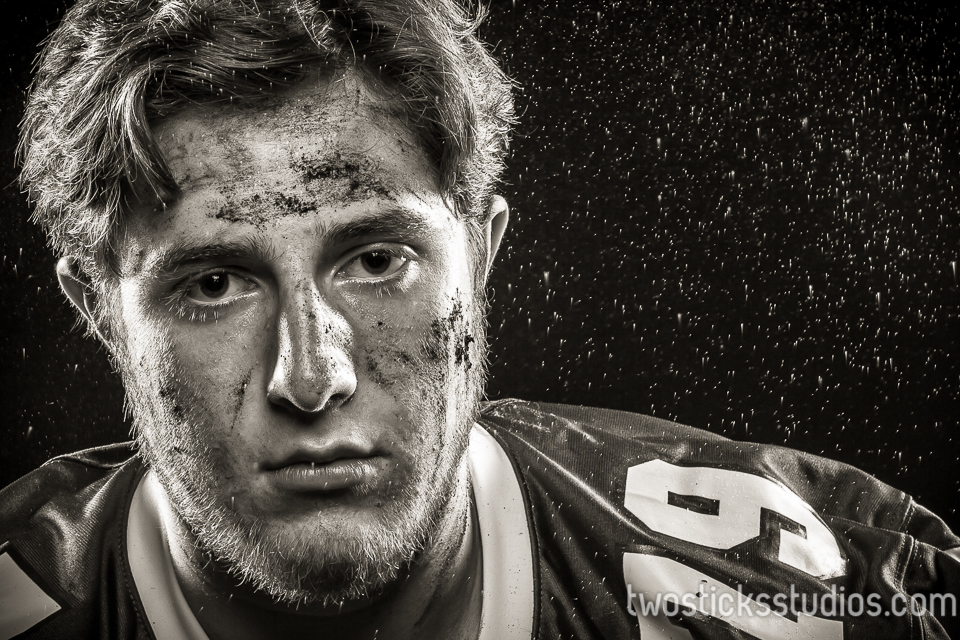