We’ve talked in the past a lot about capturing moments and how much Bob and I love to nail a shot at just the right time. But we’d be crazy if we just limited ourselves to that. Sometimes a photo needs a little extra planning, extra time and work in post production. Over the past month, we shared some photos from an engagement session with Lisa and John from Philadelphia. We bounced around the city with them, but we finished after dark on Broad Street in front of City Hall. There was one shot we knew we wanted and we knew it was going to be a little harder to pull off. The idea was to get them standing in the middle of the street with cars streaking past. Without getting too technical, we couldn’t just get the photo perfect straight out of the camera. First, it needed a long exposure. Second, we didn’t just want a couple of cars streaking past them. We wanted a bunch!

So we set up our lights and got Lisa and  John in position and started shooting. I thought it was going to be easier. It’s Broad Street for heaven’s sake. There should be cars all the time. Not so much on a Sunday night. Anyway, the photos were turning out OK, but it wasn’t exactly what we wanted and it was getting bitter cold. Plus, I almost got clipped a couple of times by cars while standing on Broad Street to get the light exactly where we wanted it. All part of the job! But then it happened, a fire truck was coming down Broad with the lights on. OK. Here was the chance. Everyone in position. As the fire truck approached we started shooting. It was maybe our saving grace. With the slow exposure, it was like a wall of light passing Lisa and John. Bob did a bunch of work in post-production, stitching together a few photos from the shoot to produce the final image. I love the result! To me, it’s an iconic Philly photo.  Here’s how it turned out in both color and black and white.

Again, a huge thanks to Lisa and John, who were up to the task of a long day of shooting. Also, Lisa put together a delicious goody basket of baked goods for us to snack on in the car. I’m pretty sure we just left her crumbs by the end of the day! 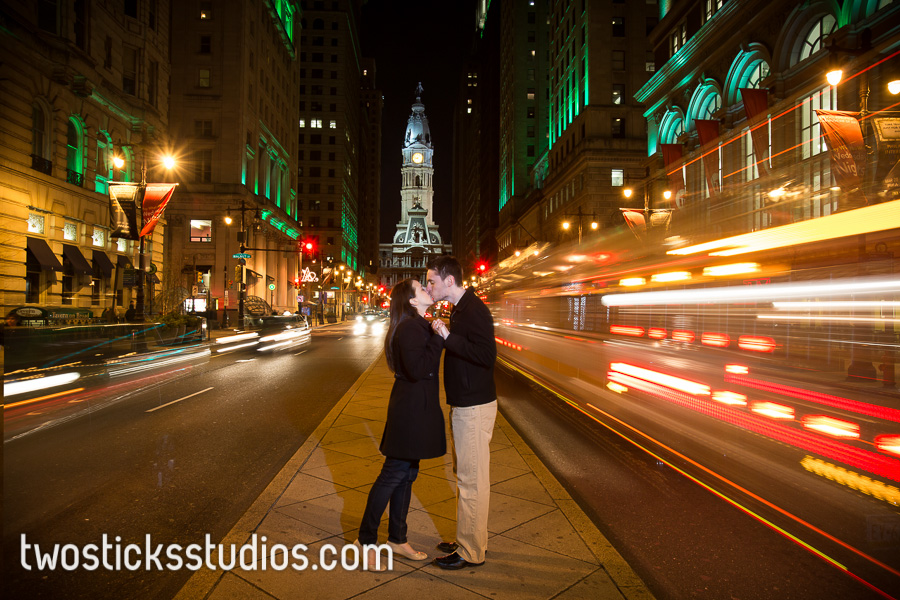 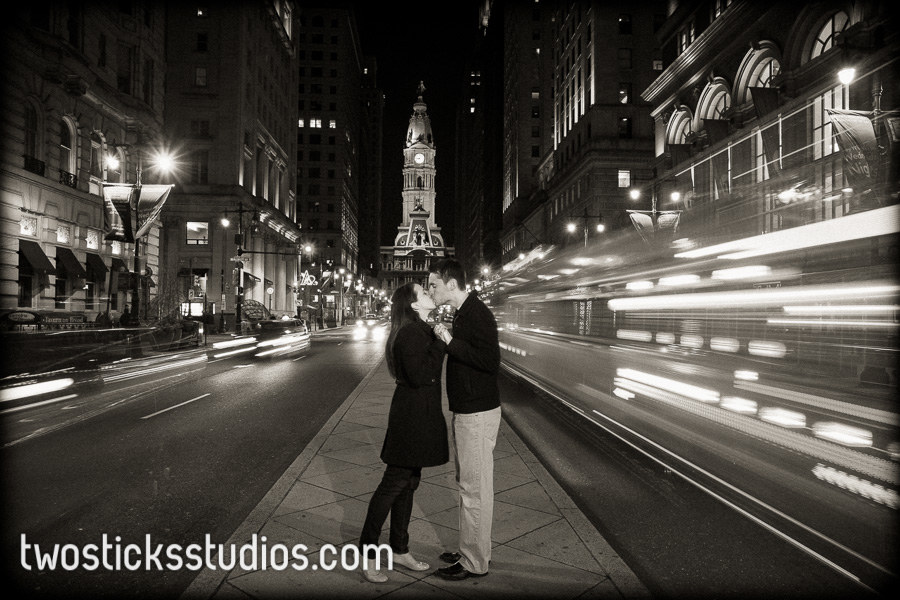