Loss of a storyteller

I swear I was going to write about photography. I was going to post some photos from a wedding. I had it written in my head. Right up until the time my fingers hit the keyboard, it was going to be business as usual.

That was two hours ago. Since then, I’ve been sitting in the dark. I’ve been thinking about stories.

I’ve been thinking about Larry Beaupre. That’s probably not a name familiar to most of you. He was the managing editor of The Times-Tribune newspaper in Scranton for the past 12 years. He was a career newspaperman who reached the heights of the profession. Google his name. Just make sure you have plenty of time. You’ll find an astonishing career laden with accolade and accomplishment. You’ll also find that he died on Sunday. It’s a huge loss for journalism and I don’t mean just in Scranton. His reach was national in the quality of his work and in the number of journalists he mentored.

I was talking the Bob (the other stick in two sticks) earlier in the day and naturally we were sharing some stories about Larry. We both worked under him at the Times – Bob as an artist and myself as the Page One designer. Bob had mentioned almost in passing how great Larry was with the art department. I didn’t think much of it at the time. You don’t rise to Larry’s place in that business without being able to connect with people in the departments you run. But then I thought about it some more. Larry was a writer – and a hell of a good one – by trade. He wasn’t an artist. He wasn’t a designer.

But he wasn’t just a writer either. He was a storyteller. From the moment I met him he would talk to me about photography, typography, graphics, color. They were all part of a story, he’d tell me. They all played a role. They all played off each other. In the years that I was fortunate enough to work with him, he never designed a page. He never did an illustration and he had maybe a greater impact of the appearance of The Scranton Times during those years than any other person. It was his commitment to telling stories by any and all means. He stood at my shoulder as I designed Page One on Sept. 11, on the day the nation elected its first black president and thousands of days in between. His input was invaluable. The stories were better because he was there.

I don’t know why but I had been thinking since he passed of a way that would describe him. I’m not giving any eulogies and will probably never be asked to offer my thoughts on him as a person or an editor. Maybe it’s just a way for me to deal with losing someone who taught me a great deal. He’s gone but the lessons he taught myself, Bob and thousands of other journalists will live on every time you walk to your front porch to grab the morning paper.

Here’s a link to The Times story on Larry. 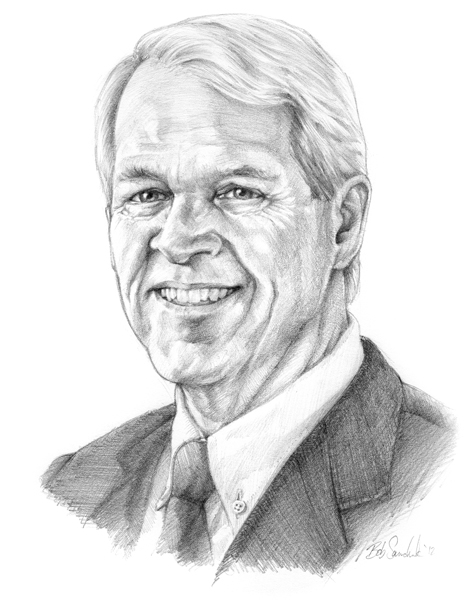