Given our celebrity, incredible success and my (Chad) magazine cover good looks, it was probably only a matter of time before this happened I guess.

I mean can you name any other really really famous people who don’t have a bobblehead in their likeness? Didn’t think so.

So it’s with that that Bob and I are happy to announce an exclusive and limited edition run of Two Sticks bobbleheads. So exclusive is the production that right now it is limited at just two – one bobblehead of me and one bobblehead of Bob.  As demand increases we might consider increasing production, but honestly for collectors this is going to be like having a Babe Ruth rookie card. The value is only going to go up.

Ok, so none of that is actually true, well almost none of it. We DO  have bobbleheads of us, but not really because we are famous. Our reason is WAY better. We have them because they were a thank you gift from Michelle and Steve. We shot their wedding in early October and just love them. They are so much fun to be around and so in love with each other that it’s infectious. So first of all, a huge thank you guys – you are so sweet. We LOVE our bobbleheads!!!!!!

Next, it turns out bobbleheads are a pretty good time. I wanted to share some photos I took of them just so you could see how great they came out. 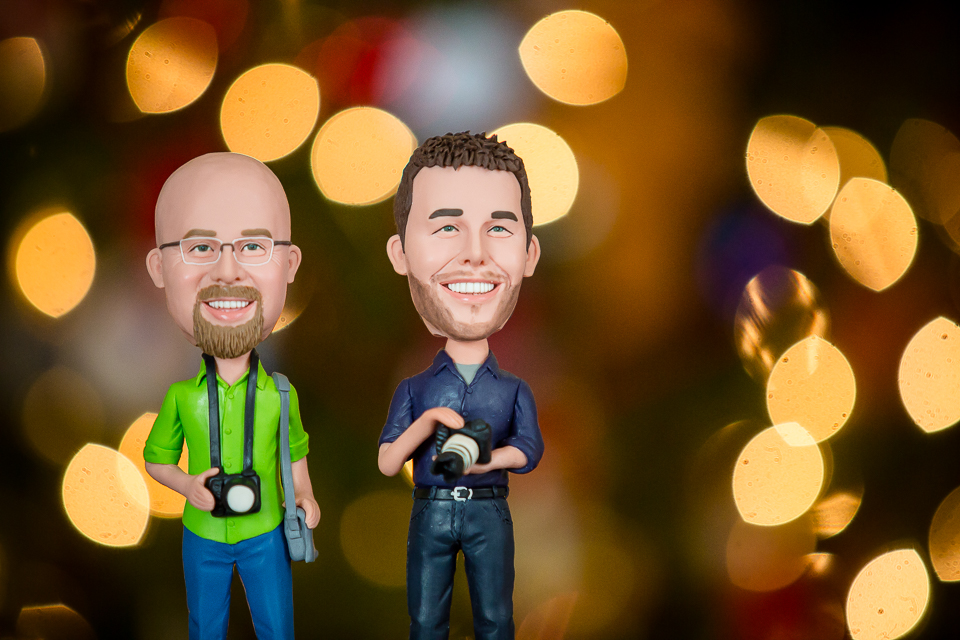 Always put the handsome on the left. 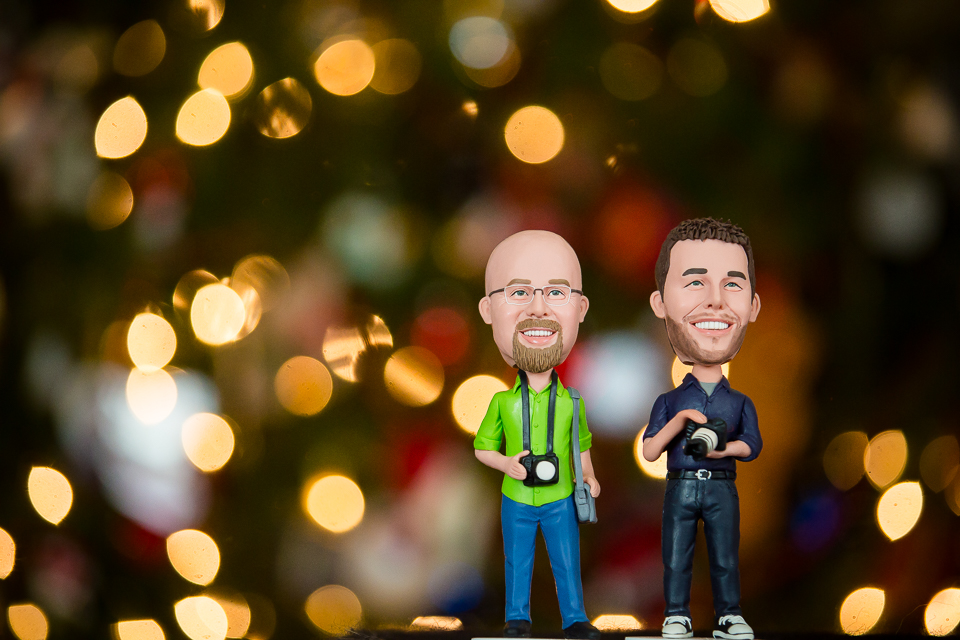 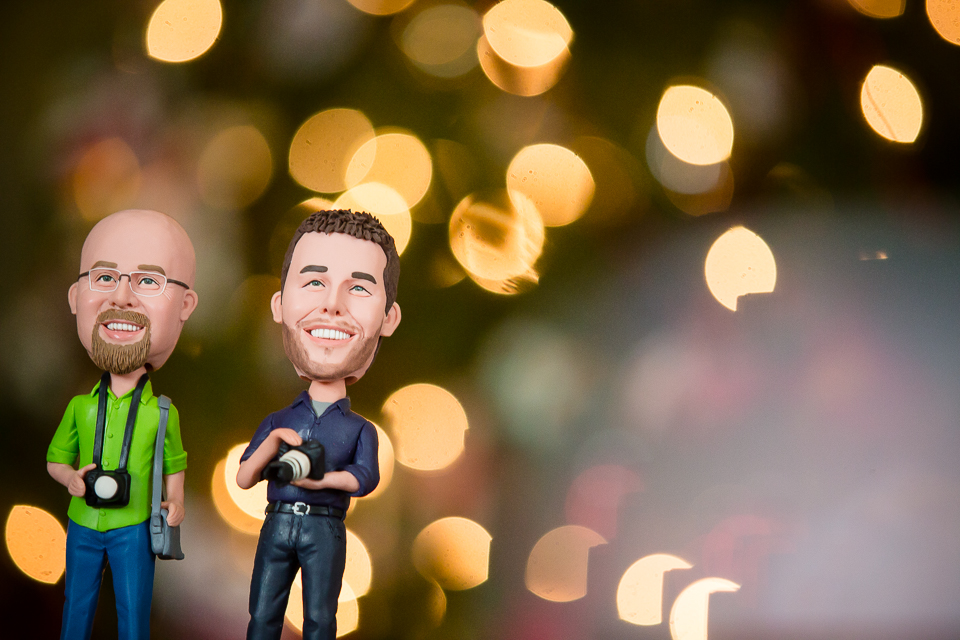 BUT THEN I HAD AN IDEA!

Just hear me out. This will be awesome!

WOULDN’T IT BE FUN TO DRESS UP BOB’S BOBBLEHEAD IN FUNNY HATS?

Is that a sombrero, senor Sanchuk?

Um, when did you become an Afghan freedom fighter?

Is it Saturday night already?

Sadly, Bob did didn’t think so. In fact, he seemed so upset that his bobblehead was defaced with funny hats that he thought it might be time to start looking for another partner in Two Sticks.

I’m nothing if not a team player. Sure I was hurt by this news but thought if Bob was going to break up the business I could at least give him suggestions for who I thought might make a good partner.

As for me, it’s been hard adjusting to life away from Two Sticks but I’ve decided to branch out on my own and start my own studio. I haven’t decided on a name yet but I believe I have found a couple of partners.

Of course, Bob and I didn’t actually break up, but I’m definitely now rethinking my options. 😉